We tend to take the basic features of today’s passenger car for granted, even though in many cases the given component or function has undergone a lot of extraordinary innovations. These also includes vehicle lighting technology. In this article, we will present the entire development history and what we can expect from this element in the future.

First of all, it is important to clarify that the car already existed before its lighting. But we didn’t have to wait too long for it. In 1908, the first electric headlight appeared, which specifically served the purpose of illuminating the road for the driver.

As mass production came into existence thanks to Ford and more and more cars were on the road, a previously unknown problem arose: disturbing and limiting of each other’s vision.

So, in 1915, the dipped headlight appeared – this name is still used today.

This headlight is dipped because the filament placed in front of the focal point of the mirror is shaded from below so that the light beam is flat.

As the needs became more and more clear, the headlights had to perform more and more new functions. At first, the manufacturers solved this by covering each need with a separate light fixture. By the 20s, the first combined headlights were born, which included the so-called highway and previously mentioned dipped headlights. 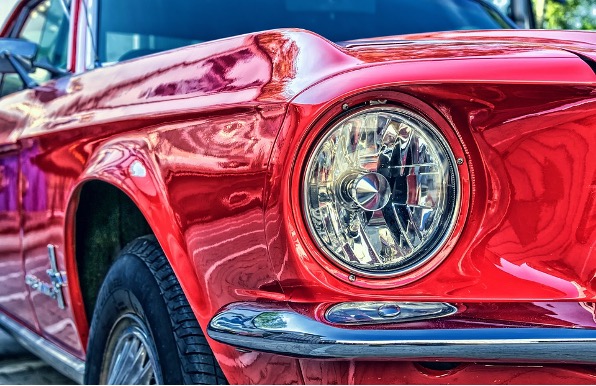 The pace of traffic was increasing, so drivers wanted to see more and more ahead even in the dark. In addition to the increase in performance, the developers also began to emphasize the proper control.

Taking into account the fact that whether the traffic is on the left or the right, the light coming from the eye never comes directly from the eye, but from one of the sides, so it is not necessary for our two front headlights to illuminate the same range. Our lamp, which is further from the middle of the road, can shine further without blinding others. And this is a huge advantage for us, since the vehicles that are often slower following the another (motorcycles, bicycles), but also pedestrians or animals appearing from the side of the road can be detected much quickly.

In 1957, this is how the first low beam with asymmetrical projection was created.

This is so-called asymmetric lighting is achieved – on the one hand – by the asymmetrical shade under the filament and on the other hand, by the special light-refracting ribbing of the covering glass.

Vehicle lighting can be classified into two groups, depending on whether their task is road lighting or interior lighting. We now basically focus more on the interior.

In addition to the dimmed one, the main beam should be mentioned, which is also located in the headlights.

In this case, the filament is at the focal point of the paraboloid mirror, the light beam is slightly spreading, and its brightness is more than one lux measured from a distance of 100 meters.

The oldest and still widely used light sources used in automobiles work on thermal principle, where  the photon emission is created as a result of heating a specific tungsten filament with electric current. 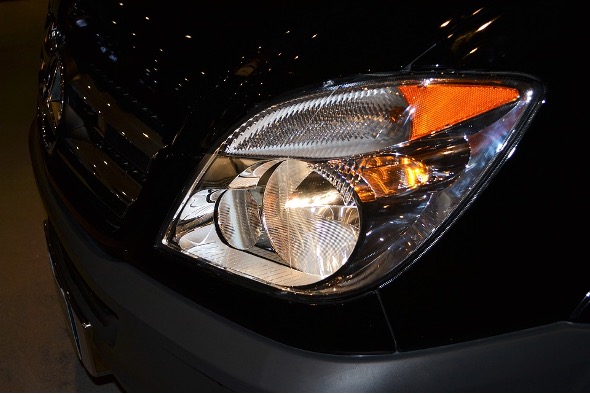 Based on its geometry and structure, its use can be wide-ranging. In terms of their operating principle, these light sources can be divided into two discrete groups depending on the quality of the filling gases in the bulb: there are traditional and so-called halogen versions. Since the appearance of halogen types, traditional bulbs in headlights are “extinct”, caused by lower luminous flux and light utilization, shorter service life, larger size and poorer manageability.

However, in the case of interior service lighting or indicator lamps, we can also find small traditional bulbs.

As time progressed, there was a need to equip different traffic situations with lighting – such was the above-mentioned index, and we could also mention the reversing light, front and rear fog lights, brake light, position indicators, license plate lighting, or the recently introduced daytime running lights.

However, the front headlights did not stop at the thermal radiators.

The ceramic tube is preferable, as it is suitable for higher temperatures, which results in improved light utilization. However, quartz tubes are used in high-power (>150 W) lamps. In addition to mercury and argon (Ar) or xenon (Xe) filler gas, various halogens (iodine or less commonly bromine) and compounds of metal salts or rare earth metals, i.e. metal halides, can be found in the discharge space. 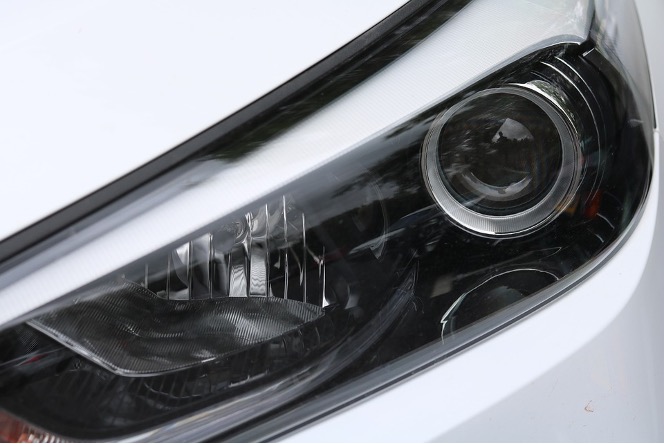 The most common metals used are sodium (Na), indium (In), thallium (Tl), tin (Sn) and lithium (Li), rare earth metals are scandium (Sc), dysprosium (Dy) and holmium (Ho). This is important because the composition of inert gases and metal halide compounds determines the components of the emitted spectrum, i.e. it has a direct effect on the color and correlated color temperature of the light source as well as on the light intensity.

Metal halide lamps are widely used due to their beneficial properties, but their use is advisable where good color reproduction and high luminous flux are important requirements, such as street and ceiling lamps, car headlights (xenon version), hall lighting, floodlights, stage and studio lighting. They are not suitable for indoor room lighting – where fast start-up and re-ignition times have essential importance.

In 2022, it is almost impossible to imagine a new passenger car without light-emitting diodes in at least one of its exterior lights.

Although the technology has been known for a relatively long time, the first LED brake light was introduced by Cadillac in 2000 in the DeVille, and the first car with full LED exterior lighting was the Audi R8 from 2009. 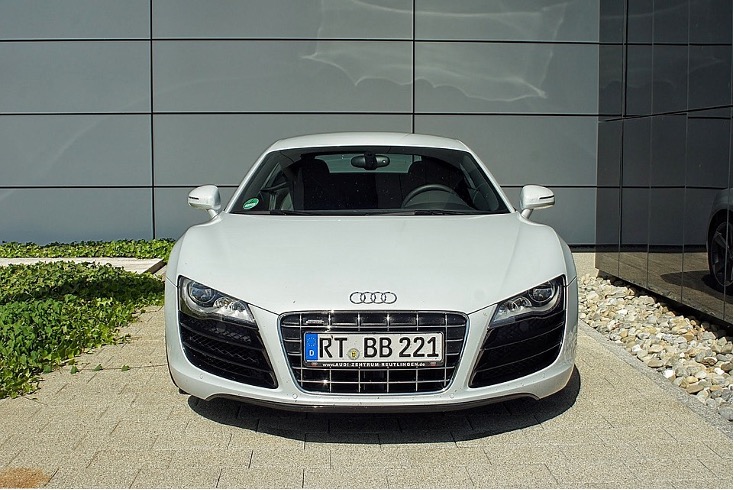 The principle of operation of light-emitting diodes is relatively simple. As a result of force to opening direction, current flows from the anode (p layer) to the cathode (n layer), therefore electrons excited from the n-doped layer move to the p layer, while holes in the p-doped layer move towards the n layer. Charge carriers moving towards each other recombine with a predictable probability when they meet and return to a lower energy level. This energy release takes place in a given percentage in the form of photon emission.

Their field of application is amazingly large, the color spectrum that can be covered with them too and they are also extremely efficient in terms of energy consumption – many times that of halogen bulbs.

Lighting technology of the future

The current LED matrix headlights are expected to become even more popular in the future. Intelligent projector technology allows the car to recognize the oncoming vehicle and react in immediately real time to cover it at every moment. As a result, we lose much less of our vision due to the oncoming traffic, the boundary line between the dipped beam and the main beam disappears.

The Mercedes-Benz MultiBeam is a perfect example of what can be achieved with such a light source today:

In addition to the current political and industrial trends, the direction of development in this area seems predetermined for the next decades. This technology is expected to move lower and lower in the categories, while in the upper segment we will get even newer and more advanced versions of them. 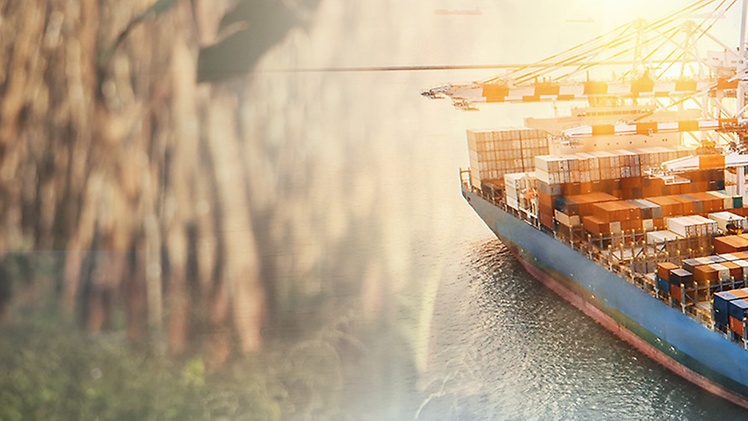 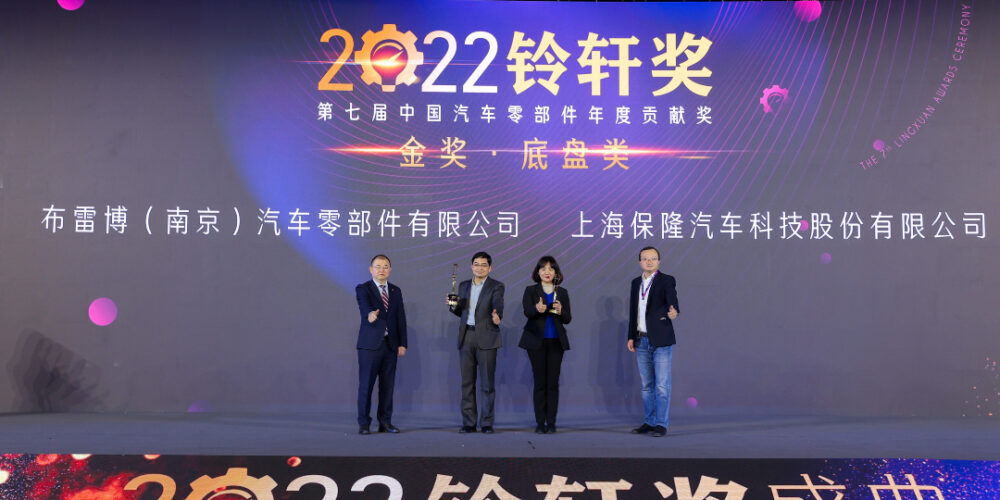 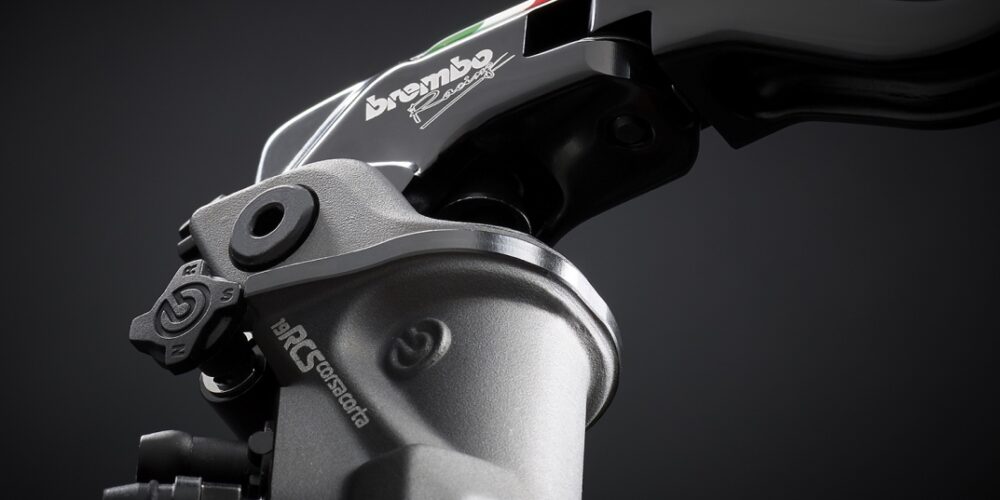