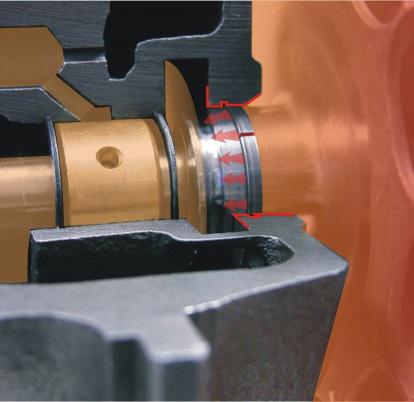 When a turbocharger lying on a workbench is flooded with oil that blocks the oil flow, no one should be surprised that oil will escape from the middle body, both to the intake side and to the turbine side. In order for the turbocharger to be tight, a rotational movement and pressure must appear, both in the bodies on the exhaust and air side. During proper system operation, these pressures are always higher than the oil pressure, which is about 1 bar after running on the bearings. 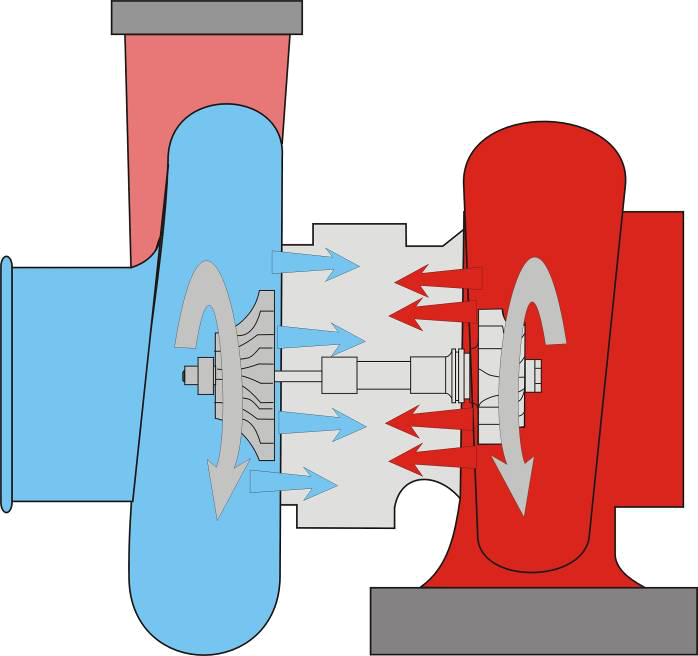 Due to the enormous rotational speeds (up to 250.000 rpm) and temperatures in the turbocharger (up to 1.200oC) on the exhaust side, typical oil seals (O-rings) cannot and are not used for turbochargers. Never the less, the construction of the sealing system of the turbocharger is quite simple. Both on the air side and on the turbine side there is a so-called oil ejector with a sealing ring and only when the turbocharger shaft rotates, the centrifugal force throws the oil outside into special oil spaces and it flows by gravity into the oil sump. A fitted steel sealing ring pressed down by exhaust pressure further seals the system. Exactly the same phenomenon can be observed on the air side, the difference is only in the construction of the oil ejector which is built into the so-called back plate or is a completely separate component. 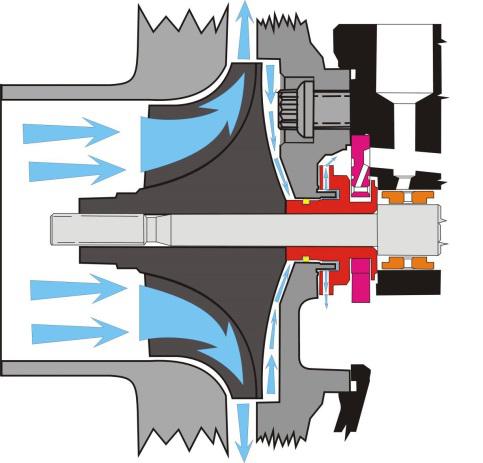 The above technical solutions do not allow the oil to leak out of the turbocharger during its proper operation, i.e., without damaged bearing system. Therefore, oil leakage is not a cause of the problem in itself, but a symptom that indicates the possibility of a real problem. The most common causes of turbocharger oil leakage, but not related to turbocharger failure, are:

Malfunctioning of the crank ventilation system.
The intake section of a turbocharger not only draws in air but also helps relax the crankcase. Very often incorrect oil separation in the “crankcase breather” results in the appearance of oil on the turbocharger’s compression wheel and further in the intercooler. However, this is not the fault of the turbocharger.

Engine blow-by.
It is generally known that oil leaves the turbocharger by gravity flowing into the oil sump. In addition, the movement of the pistons creates a vacuum that facilitates its drainage. Even a small increase in pressure in the crankcase blocks the free flow of oil from the turbocharger and its leakage especially to the exhaust system of our car. The increase in crankcase pressure is influenced by gas permeation through the valve rings, gas permeation through the valve guides, or gas permeation between the piston and cylinder.

Other often trivial things blocking the oil flow in the turbocharger
It could be that the oil level in the engine is too high, blocking the free flow of oil into the oil pan. Clogged oil drain line that may be kinked or contaminated by old burnt oil, reducing the oil flow through it.
Also a mismatched gasket is often the reason for oil leakage from the turbocharger. A gasket that is too small in diameter effectively blocks oil flow leading to oil leakage to both the exhaust and compression sides. 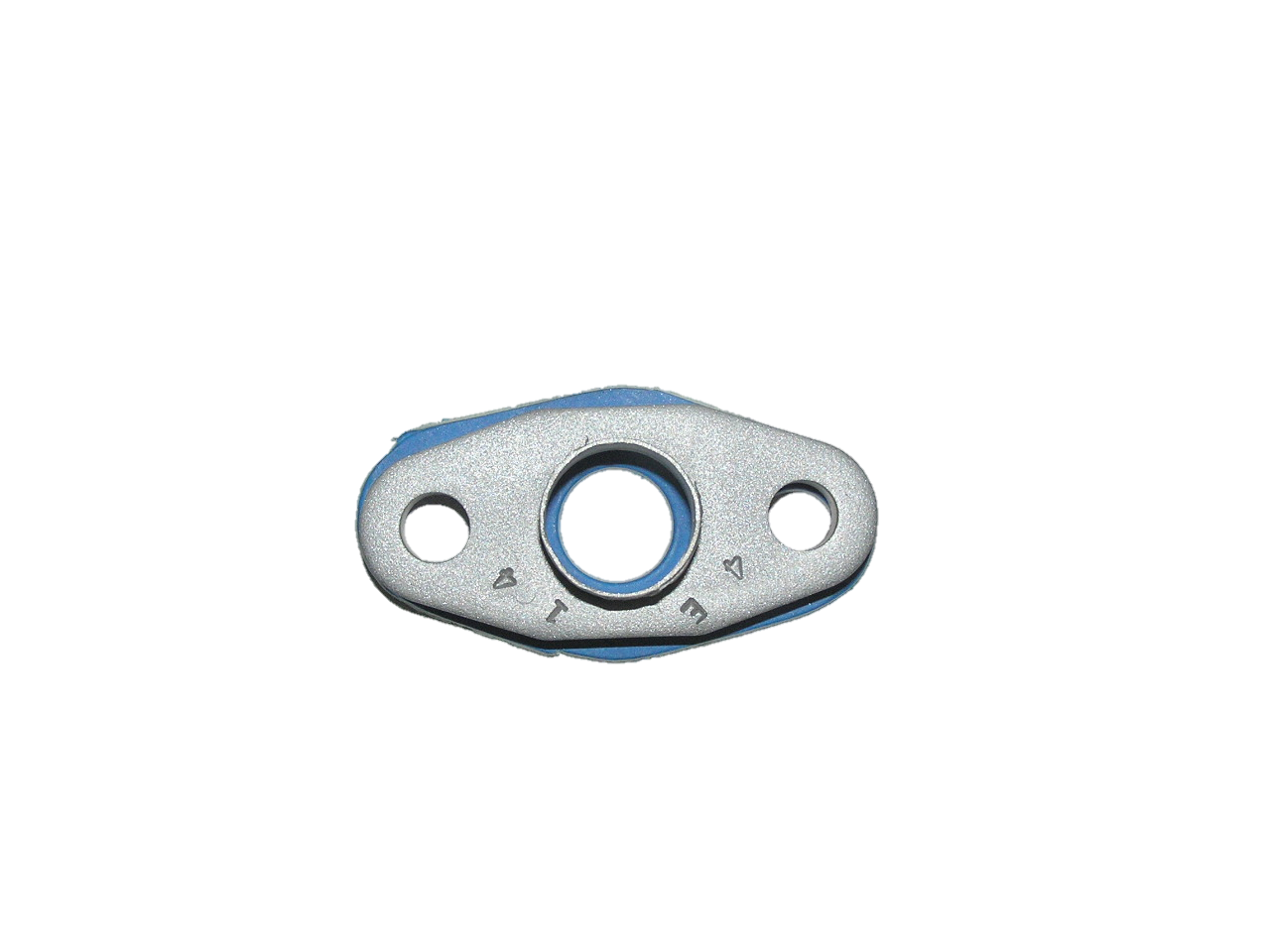 While discussing earlier the proper operation of the turbocharger’s sealing system we mentioned how important is the pressure in the bodies on the air and exhaust sides, without which our turbo will start to lose its tightness. Especially the second one is very important in the context of oil leaks from the turbocharger. Many of us very often encounter services such as cutting out the catalytic converter or diesel particulate filter. It should be remembered that the removal of any elements from the car’s exhaust system results in a change of exhaust gas pressure in the exhaust system, which most often leads to oil leaks from the turbocharger as such actions disturb its proper operation.

As you can see not only the failure of turbocharger is the cause of its leakages but very often, they are the phenomena not connected with the turbocharger at all. This is why a proper diagnosis by a mechanic is so important. Finding the correct cause of the leaks will save your mechanic time, but most importantly the money spent on replacing a new turbo. 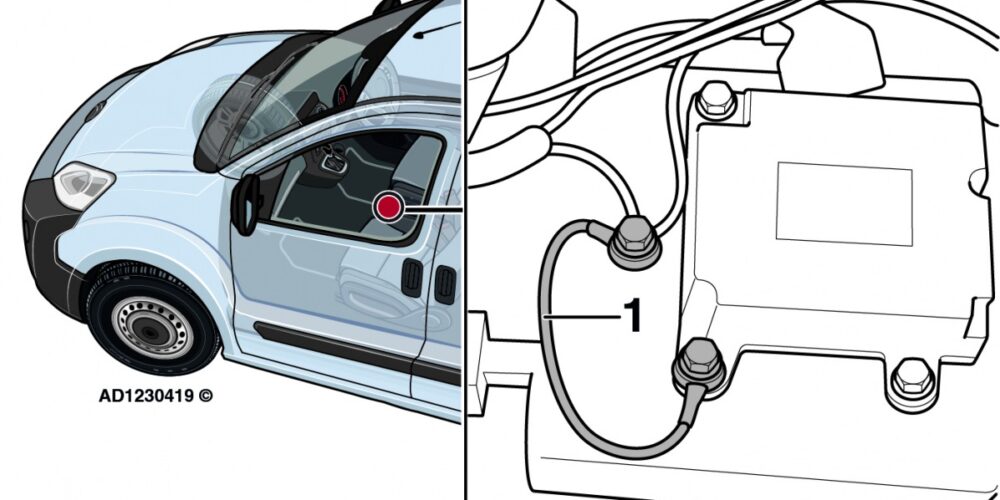 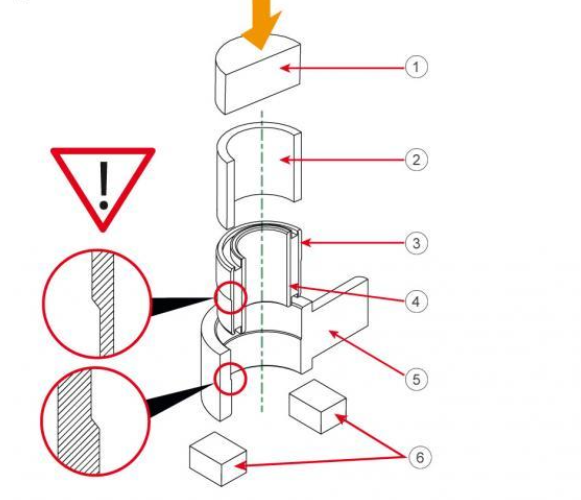