Suspensions then and now

Wheel suspensions are an integral part of the group of components that the owner of a passenger car encounters once during a service in most of the cases and he/her does not necessarily know how it works. And especially not how they differ from each other.

In this article, we provide an insight into the history of suspensions, look at the current possibilities and try to check future trends.

In the beginning, the chassis had only the function: connecting the wheels to the car body, i.e. not allowing them to “wander”. These completely rigid, suspension-free solutions could be used really well on horse-drawn carriages, but it soon became clear that it was no longer safe to use them above a certain speed range in the case of passenger cars.

As passenger cars were able to move at ever greater speeds, the primary expectation became: keeping the wheels on the ground. There is no traction in the air, which has obvious disadvantages for the driver.

This was followed by the concepts of springing and then damping and their practical implementation in chassis at the beginning of car production.

The suspension must basically solve two tasks: on the one hand, the wheel should be able to move parallel to the car body, preferably in a vertical direction, and on the other hand, there should always be a force connection between the wheel and the car body, regardless of the movement. The first problem must be solved by the steering, the second by the suspension.

For a long time, a single machine element solved both problems in a suspension. This machine element is the semi-elliptical leaf spring, which is still used today. However, in the majority of modern cars a separate mechanism takes care of wheel steering and separate suspension. 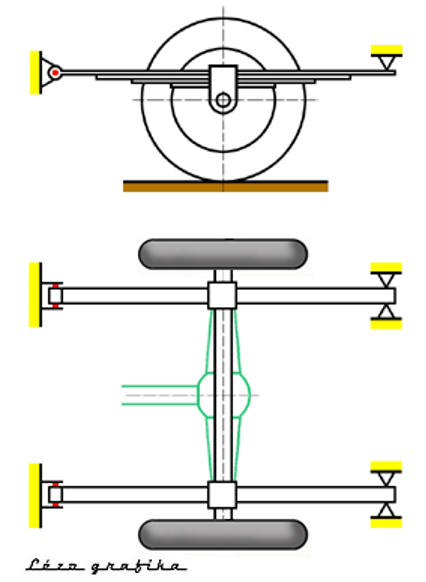 If the rigid bridge is not mounted on a leaf spring, it must be guided. There are many solutions for this, one of which is shown in the picture below. 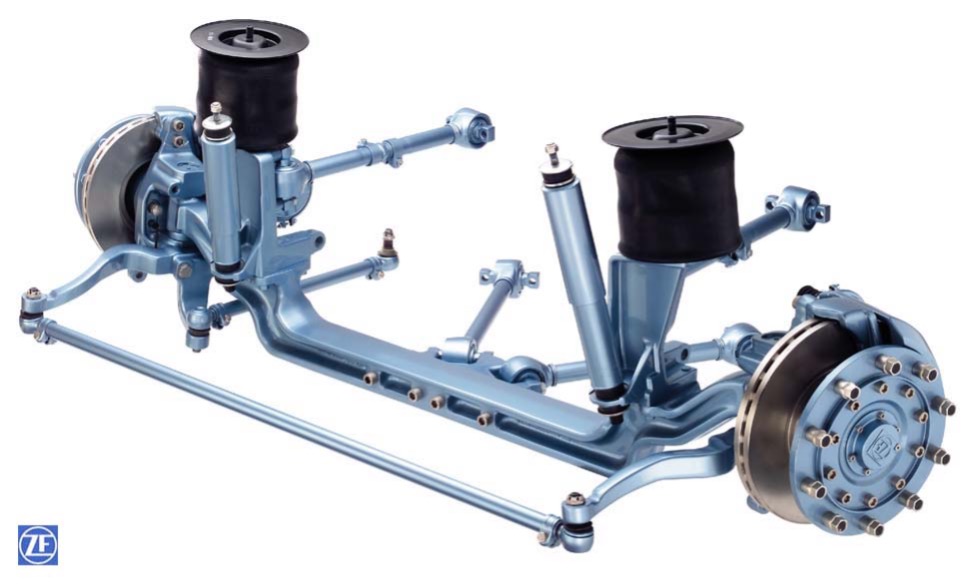 Passenger cars, especially in the European market have also begun to abandon semi-rigid solutions. Essentially, since its appearance, independent wheel suspension has been steadily gaining space.

In this case, there is no rigid connection between the right and left wheels of the vehicle, so their movement is independent of each other.

With such a chassis construction, the wheels are guided by rocker arms, which can be longitudinal, transverse, or inclined.

The wheel mounted on the trailing arm (on the left side) “behaves well”: neither the track width nor the wheel camber changes when springing in, which is not the characteristic of the other two systems.

Changing the track is dangerous because the wheels moving away from each other or moving closer to each other can result in slipping, which means that traction is lost simply because of the swing, the vehicle becomes uncontrollable, unstoppable, if only for a moment.

The change of the wheel inclination – it is a rapidly rotating body! – is also dangerous due to the spinning effect that occurs, which can primarily disturb the running of the steered wheels.

Of course, solutions were found for the other two cases as well.

In practice, however, the latter solution is chosen by making a compromise: the ratio of the bars is established in such a way that both unpleasant phenomena can be tolerated. This resulted in two very common solutions: the double wishbone and the MacPherson chassis.

The former is typically found in the higher categories as both front and rear chassis.

MacPherson was primarily inspired by its simplicity. It requires very few parts, since the end of the wishbone is held by a telescopic rod, which is also responsible for damping and typically ends in a strut. In practice, this eliminates both gauge change and wheel camber. In short: it is cheap. We can find it in first chassis, typically up to the mid-range category.

Where there is a MacPherson strut at the front, we usually find the semi-rigid solution with attached trailing arm shown earlier, or a multilink chassis.

The name multilink refers to the fact that there is more a suspension element than is necessary to regulate the movement of the wheel with the appropriate degree of freedom. It is sufficient to connect a suspension rocker arm to one extension of the stub axle with a ball joint, but if there are two joints there, then when the stub axle rotates, the actual pivot point can be constructed in the form of a center at the moment outside the two pivot points.

Such a chassis is rightly named: double-jointed (DGP: dual gelenk princip) chassis. If there are more suspension rods than necessary, then we are talking about a multi-rod chassis (Mehrlenker, Raumlenker).

There are also quite extreme solutions, which are usually brought to life by some kind of competitive sport. With model cars, weight matters a lot and there is not much space available to install chassis suspension, so the traditional coil springs were replaced with torsion versions.

The torsion spring does not compress and expand in the longitudinal direction, but stores energy by twisting along its axis. 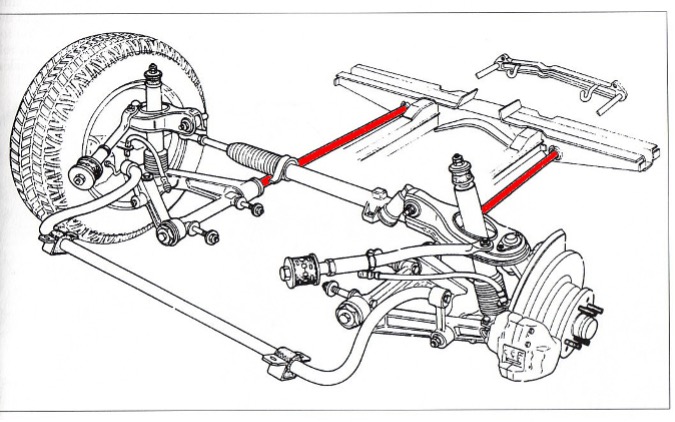 This solution is constantly used by the military industry for tracked vehicles, but it has also been used in passenger cars – for example, in the torsion bridge of the Alfa Romeo Alfetta.

What can we expect for the future?

This is the area that alternative drive modes have changed less so far. We still use mechanical power transmission to drive the wheels, and with the exception of the hub motor solutions, there is no less space for the chassis.

The increasingly intensive integration of intelligent systems into passenger cars clearly moves the trends in the direction of active suspension.

The essence of this is that, through the car’s sensor equipment, it monitors the road surface for the wheels, and with the help of other driving dynamics inputs, changes the characteristics of the chassis in real time for the task to be done.

The idea is not new, in 1992 the Williams Formula 1 team implemented a very effective system in the category already, so far the solution has proven to be too expensive for passenger cars to be found even below the luxury category.

The next upcoming period will probably bring us this. 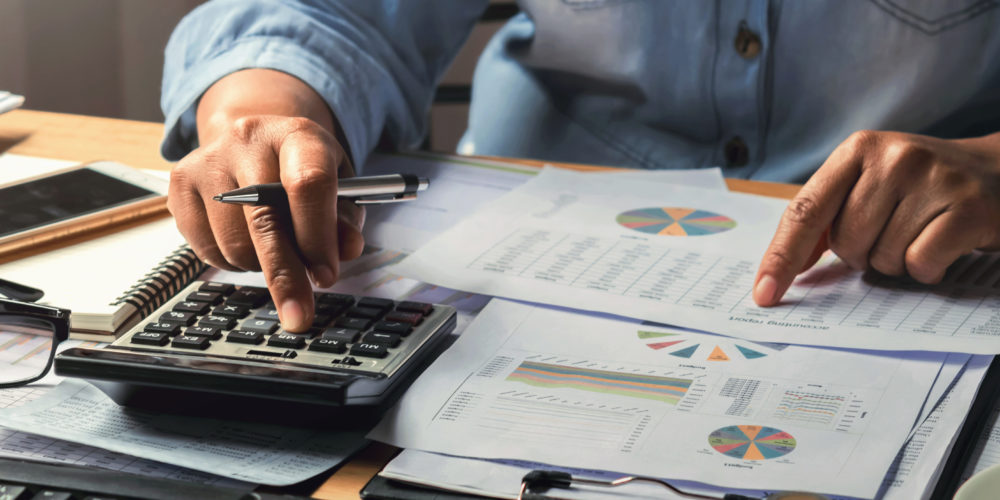 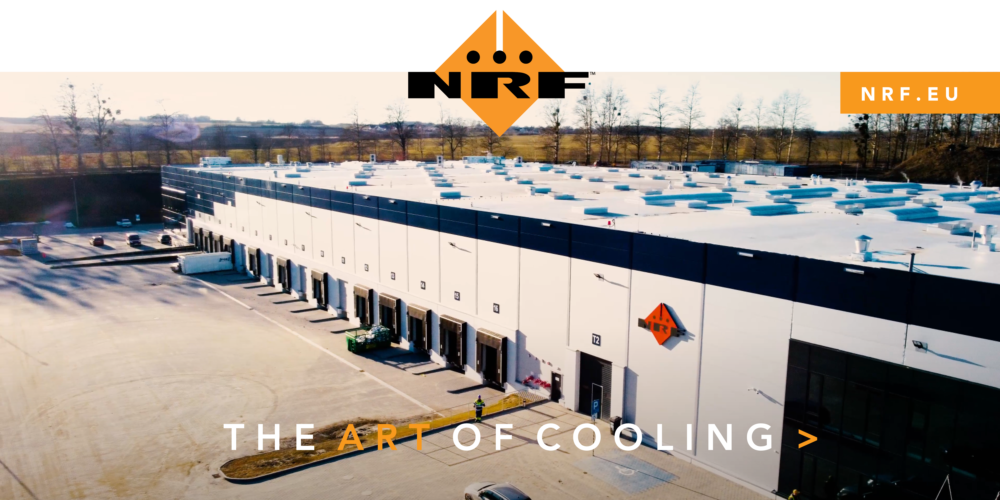 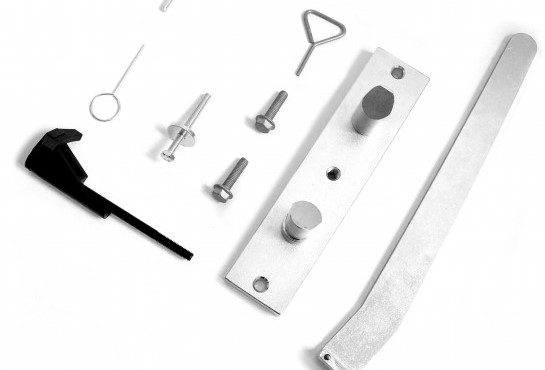